India has a massive internet user base thanks to its billion-plus population and a tech boom in the past few years. As of 2020, India has nearly 700 million internet users across the country. This figure is projected to grow even further over the next few years. Currently, India ranks second after China when it comes to internet users worldwide. The country could even overtake China’s user base over the coming decades.

Digitisation has helped India to move towards a cash-free economy. The rise of the fintech industry has also been a key driver behind this transition. These companies have stepped up to develop technologies that have minimised the use of cash in the consumer world. Introduction of various payment apps and buyer-friendly payment modes like Buy Now Pay Later (BNPL) is slowly bifurcating the traditional means of payment.

What Does it Mean to be Digitally Literate?

Digital literacy is a 21st-century skill that is vital to learning and working in a society where communication and easy access to information is enabled through the internet. People must be comfortable using various digital devices like computers, laptops and mobile phones. Ideally, the digital literacy of a nation happens when the use of technology is available to people across all regions, class, gender and age groups. Data and statistics have shown that India is moving very fast towards digital literacy in all parameters of location, class, gender and age.

Here are some highlights about India’s journey towards digital literacy and its aim to become a cashless economy:

Digital literacy is one of the key focuses of the present government. Prime minister Narendra Modi launched the Digital India campaign on 1st July 2015, with the primary objective of making India a digital superpower. This came as a big motivation for the growing fintech companies in the country, allowing e-commerce business to reach every corner of the country.

Further, the Pradhan Mantri Gramin Digital Saksharta Abhiyan (PMGDSA) was introduced to empower digital literacy and benefits of technology in rural India and tier 2 cities. This scheme is enabling internet democracy at the grassroots level of the country. The National Optical Fibre Network (NOFN) is another government project that has been active since the year 2011. It allows Indian villages access to the broadband facilities using the fibre optics network. This project aims to provide broadband connectivity to over 200,000 gram panchayats of India.

On 8th November 2016, PM Modi surprised the world by announcing demonetisation, a step which saw the ban of the higher value currency denomination of 500 and 1000. Demonetisation helped India in terms of thinking about various alternative modes of payments rather than depending on the traditional method of cash. Indians started to consider alternatives like online bank transfers, card payments, app-based transactions, POS devices and NFC. This transition was boosted by the base created by bank accounts linked to Aadhaar, and the UPI (Unified Payments Interface) which enables payments through mobile phones connected to bank accounts through a unique number. Demonetisation catapulted the transition of a predominantly cash-based economy to a cashless one.

A Boom in Technology

Affordable data plans and a wide range of mobile phones in the market have helped in expediting the process of digitisation in India. Post-demonetisation, e-commerce players are taking a cue from the market and are bending towards a cash-free economy. These players are using various payment methods to reach out to more consumers. Such payment options are cash-free as compared to traditional means of cash on delivery (COD). App-based payment options, card payments, and microcredit system of BNPL are fast filling up the void in replacing the cash-based payment economy. Interestingly, technology has democratised the overall merchant-buyer payment ecosystem. Be it an in-store or an online purchase, consumers from metropolitan cities to rural India are now enjoying app-based and online transactions, resulting in a significant push towards a cashless economy.

The Rise of India’s Hinterland Market

In its recent report titled “E-commerce trends report 2020”, Unicommerce states that e-commerce business is transcending the boundaries beyond the metropolitan cities of India. The report says that most e-commerce players are focusing on tier II and III cities of the country. Currently, tier II and beyond cities contribute around 67 per cent of the total online consumer demand in India, and this share is expected to rise in the coming years. A 53 per cent growth has been seen in tier II and beyond. Many Direct2company (D2C) brands that deal with beauty, wellness, fashion, FMCG and agriproducts are penetrating the smaller towns and cities of India.

Many critics speculate whether India can indeed “kill the cash”? Speculators opine that India cannot be an entirely cashless economy due to its large population and a diverse geographical landscape. However, the government has recently announced that it will be laying a fibre optics broadband network across the length and breadth of the Indian villages within 1000 days. Such plans sound extremely promising for the future. Besides this, high-speed internet connectivity via submarine optical fibre cables will be extended till Lakshadweep in this period.

Moreover, there are strong reports which suggest that many Indian retailers are showing a keen interest in digital payments. Digital transactions grew by a mammoth 338% from 2018 to 2019. Further, UPI is expected to overtake cards by about 20%. With the massive rise in the number of fintech companies – both home-bred and foreign players – the picture looks favourable for a cashless economy.

Rising UPI Transactions – Is this Indicative of a Systemic Shift? 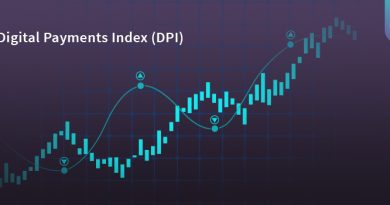