Considering the multitude of apps available and being developed, it seems a logical extension that some customers would next expect an all-in-one app experience. Rather than accessing a library of standalone apps on the mobile phone with multiple passwords and the need to update apps on a regular basis, some customers might prefer a single app that performs an aggregate of functions.

A McKinsey report estimates that by 2023 the number of internet users will jump by 40% with the smartphone user base slated to grow 2x times to cross 650-700 million. A super app combines multiple capabilities into a unified mobile application.

Along with the scope of improved customer engagement and higher revenue scope, super apps need to score big on the UX, bug-free software development and testing aspects. This is because if customers need to break away from their existing favourite apps that they are already familiar with, they would need strong reasons to do so. The following are some of the must-haves for a winning super app:

It is often said that ‘seeing is believing’. The UX aspects with frictionless navigation would help attract and retain customers. A suitable app layout and structure with useful information would boost user satisfaction and usage levels.

It is imperative that the integration of third-party vendors with the super app is seamless especially the aspects related to security, data privacy and payments.

Prior to the super app going live, it would be prudent to test the quality and remove any defects in the software. Further, the app, systems, processes and software controls need to be tested including stress testing to ensure that there are no issues in the final version.

Since the inclusion of multiple mini-apps within the super app offer minimum click rates, the scope of customer conversion is higher. Super apps are able to offer all the relevant information in one place which aids in prompt decision-making. Further, since the customer data is common for all mini-apps, the onboarding process is faster.

The mini-apps cover the needs of different customer segments, which lowers the risk of product failure. For example in a super app, the offerings could cover social media, e-commerce, logistics, cab booking, health advisory, wealth and investing, digital payments, etc.

Since the various mini-apps share a common platform, the cost of new customer acquisition is significantly lower, offering cross-selling and upselling opportunities.

A study reveals that there has been a 25% jump in average screen time amongst mobile phone users. Given the mobile-first preference of millennials and Gen Z users, super apps would be welcomed by this demography. Apart from serving as a one-stop platform, super apps also enable hyper-personalization with smooth integration with APIs and similar plug and use infrastructure.

Rather than catering to the needs of a specific community of customers, it would be prudent for super apps to be built to be as broad-based as possible. For example, within a lifestyle products sub-app, it would work well if diverse customer segments – premium, economy and value seekers are considered.  Another option would be the design of apps in regional and vernacular languages with translation options.

With evolving customer expectations, super apps need to be flexible to change. One offshoot of this trend is the ESG orientation i.e. apps that are socially responsible and environmentally conscious. For example, cab sharing apps could encourage green options like electric cars or apparel brands could advocate the use of eco-friendly packaging that are bio-degradable.

Data privacy is a non-negotiable when it comes to super apps. Data protection is fundamental to attracting customer traffic and higher app installation. This would need to consider the local rules as well as global security standards.

To build a loyal community of frequent customers, it might be prudent to offer an integrated loyalty program whereby points may be redeemed on purchases made across sub-apps.

By providing an all-in-one experience, super apps are being touted as the next big wave in tech. However, not all start off as super apps on Day one. Certain super apps began with single features and then expanded by adding further features over time, based on user preferences.

As the utility began to grow, the super app began to attract more users and witness higher traction (read: time spent).  However, one common factor noticed was that most super apps were built by startups with extensive tech expertise.

The promise that super apps hold

This is a different approach adopted by well-known business groups, who bank upon loyal customer support and often charge for the digital services as they find a ready market willing to pay for the services. At the launch stage and the initial years of operation, it seems that established players have an upper hand in terms of access to capital and brand equity compared to emerging start-ups.

Moving from preferred to primary in the app world

Super-apps are expected to disrupt the app world. The positives are the reduced costs and convenience factor for customers. As per Plariis, the super app era might encourage higher collaboration among a multitude of small-sized app players and sharing of customer pools, in the backdrop of Indian business houses entering the super app fray. Alternatively, there might be service aggregators who might intensify the competition.

Reading the mind of the customer

According to Plariis, since India is a diverse and vast market with unique customer choices across regions, age groups and varying income levels, the situation of a monopoly with the moving away from free-market systems in the app world seems unlikely. Rather, we might witness an oligopolistic scenario with a few big-sized players who would command the bulk of the market share. The players would continue to attract customers through marketing spends and offer price discounts. 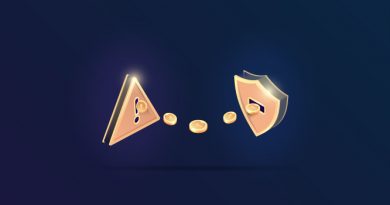 From ‘Caveat Emptor’ to buyer protection: Why safeguarding buyer interest should be the #1 priority in digital transactions 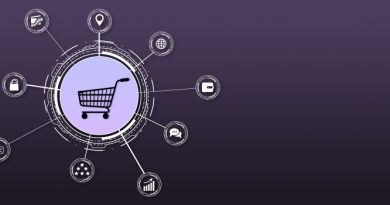 How has Technology Changed Shopping Experiences?

How to Nail the Order Fulfilment Process in Ecommerce- Part 2