Payment in exchange for goods and services has been in existence since ancient civilizations.

What started as payment in kind under the barter system gradually evolved to become payment in semi-precious items. This system further developed into coins, when the inconveniences of the barter system made it difficult for people to trade. Slowly, the world saw the evolution of paper currency, followed by plastic money. Now, in this technologically advanced world, it is e-currency that rules the roost.

The shift from paying through objects to digital means has taken centuries to happen. In the developed world, cash was the preferred means of payment for a long time. Ultimately, the concept of cards – both credit and debit, was introduced in the 1900s. Later on, online payments emerged as a convenient mode, and today, digital payments have become the norm. Let’s have a look at this fascinating evolution of payments starting from the barter system to e-payments – a system that has evolved from cashless to cashless:

The first mode of payment for pre-historic humans was the humble barter system, where commodities were exchanged for other items. The system proved inefficient because it didn’t match the demand and supply for specific commodities, and so, a uniform mode of exchange – coin and cash – was eventually invented.

Before the invention of plastic money, the coin was the undisputed mode of payment. Coins replaced the barter system, and with changing times, paper currency took over. Cash was extensively used for making payments, and this made it paramount to have funds at hand in order to complete a trade.

3. The Journey of Credit Cards

• After that, the first bank card was introduced in 1946. This card was accepted at multiple merchants, though their numbers were limited.

• The revolution came in 1950 when the Diner’s Club card was launched. This card had both domestic and international acceptance across thousands of merchants. The card laid the foundation of different types of credit cards.

• Issuers also started offering attractive rewards for card spends which made credit cards popular. Moreover, the concept of Buy Now Pay Later allowed customers to buy on credit and pay for their purchases later. Even today, credit cards are quite popular and used by many individuals.

The debit card made its debut in the year 1966. These cards were introduced to serve as a payment tool for many individuals who didn’t have credit cards. Debit cards are linked to bank saving accounts, and for every transaction done, the amount is debited directly from the bank account. Debit cards, therefore, incur no interest charges since they don’t extend credit.

The increase in the penetration of the internet and the popularity of smartphones paved the way for an e-commerce boom. As e-commerce grew, so did the need for online payment methods. This time consumers wanted something other than credit cards – something which would offer a greater degree of convenience. To cater to this demand, the following digital payment options were introduced:

a. Netbanking – An online facility offered by your bank where you can use your bank account to pay for any product or service.

b. Mobile Wallet – This is an online wallet on your smartphone wherein you can add money from your bank account and use it to pay for buying goods and services.

c. UPI Platforms – An online platform that allows you to transfer funds directly from your bank account to another account in an instant.

d. BNPL Platforms – A unique digital ‘khata’ concept much like credit cards. You can Buy Now Pay Later for your purchases which get accumulated into a consolidated amount. You then pay off the amount after a fortnight or a month, depending on the billing cycle.

Payments have evolved, and the future certainly seems to be leaning towards the digital side. This holds true whether it is about making a purchase or paying a bill. Even though credit and debit cards are very much a part of our present, consumers are increasingly opting for the online mode of payment given its ease, access, and simplicity. Payments seem to have come to a full circle from cashless to cashless.

Buy Now Pay Later’ sounds enticing, but should you go for it 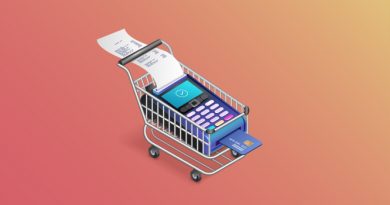 Point of Sale Financing (POS Financing): All you need to know