We’ll admit, at Simpl, we weren’t sure of how to mark Women’s Day. From a corporate point of view, workplaces can, and should, be more aware about deeply ingrained (sometimes unintended) biases of systems, and there’s always more that companies can do to empower, balance it out and create change.

That being said, Women’s Day has also become a day where brands trip over each other to show the world how “woke” they are. These issues are deep-rooted in society. Moving the needle requires sustained effort, education and debate – not just a press release or a WOMEN50 coupon code.

But dismissing the day out of hand doesn’t solve anything. So we decided to listen, understand and do something towards changing status quo. In a new series that’ll run for the next few weeks, we’ll be putting together thoughts and comments by women – about how they view the conversations unfolding, and how they tackle issues they face.

We begin the series with Aamna Khan. Aamna has spent the last 6 years building, launching & marketing tech consumer products. She was one of Simpl’s first product managers and played a key role in building out our core product. She left Simpl a few months ago to work on her own startup.

Q: About Women’s Day and conversations around it – what needs to be addressed? How can companies and people be a part of that conversation?

I like the fact that there are more conversations compared to say, 5 years ago, and meaningful ones at that – which is a good thing. A couple of points worth mentioning:

1.    With respect to diversity at work places, there can be counter opinions: for example, there are people who think diversity or inclusion means “lowering the bar”. Those counter opinions may not be true, but we cannot simply dismiss those. We need to understand and engage with people who don’t agree with us. Communication and constructive dialogue can bring change. Neglecting discord and rallying after one point of view doesn’t lead to anything.

2.    Lack of diversity in some areas of the workplace – for example, tech. These problems need to be solved at a grassroots level, by cultivating interest, mentoring and training early on and creating a more balanced workforce. At startups sometimes you don’t have the bandwidth to look into everything and make it all better. I hope I can do it when I have the chance.

3.    It really helps to have women at the top. Wherever I have seen it happen, it makes a remarkable difference in the culture; women are more comfortable talking about issues that need to be addressed and the culture is generally more empathetic.

Overall I think we need to keep breaking that glass ceiling. Once there are more women at the top, the diversity at the bottom will improve naturally.

Q: How has working changed you as a person?

I was far less confident when I started working. I doubted my abilities, I doubted myself in groups and I thought I had to compensate for my inabilities by doing a lot more than everyone else.

It took time to realize that I’m good, and even better at some things than others. It took time and it took other people to show me my value for me to start being aware that I am thinking in a self-deprecating manner and not believing in myself as I should.

Strangely, even now it feels weird to say it out loud because we are taught to be modest, shy and develop all those “womanly” attributes. Years of thinking that way creates all these deep-rooted emotions hard to overcome.

This is not uncommon among men either, but with women it’s far more widespread and goes deeper.

Q: Are there unique obstacles for women at startups?

Startups are generally male-dominant, most of them. And men may ask what’s wrong with that. “How are we making it uncomfortable just by our existence?”. But that’s not the issue at all. It’s just that for example, in a zumba class, majority of the class is female and that can make men feel odd. Not that doing Zumba makes them less masculine. But it’s just that they may feel awkward. When I go for meet-ups, I’m almost always the only woman. If it’s a good day, there’ll be another female. It’s not that any of the men made me feel uncomfortable, it’s just odd. May be if more women run meet-ups, other women might feel more comfortable joining.

Q: What’s your take on #MeToo?

I’m glad it’s happening. We all have close friends who have been through harrowing experiences but we didn’t talk about it in the open. But when thousands of women come out and share their experiences, you know for sure you’re not alone. I know it has made me bolder. Next time, I won’t keep quiet. It’s important to call out problematic behaviour and I’m glad it’s happening.

Q: What do you think is the single biggest obstacle holding women back at the workplace?

This is something that I know has held me back. The way I was brought up, I had a tendency to self-deprecate. I still do that sometimes. We need to stop falling back to our stereotypes of what men and women are meant to do, it can be very restricting. I think a lot of women do that to themselves without realising it.

We sincerely hope you found the interview illuminating. It may not seem like it, but this is Aamna’s first interview of this sort. Let us know what you think. Are there questions you think we should ask in future interviews? Leave us a comment and let us know. You can follow Aamna on Twitter.

The next interview will be up in a week. Stay tuned! 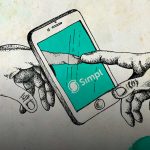 THE ‘H FACTOR’ IN TECHNOLOGY IS HERE – HUMANS 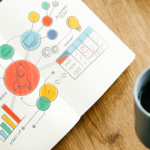